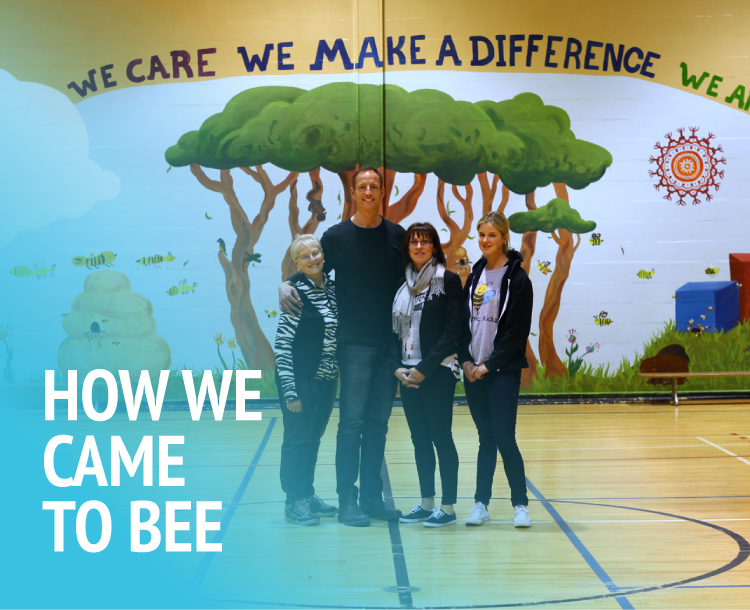 THE HISTORY OF BEE ME KIDZ

Before our doors first opened, a lot of research and hard work went into making sure that Bee Me Kidz would be something very special and unique, something that would measurably and positively transform the lives of children, families and communities.

In March 2014, Bryan Elliott, Victoria Elliott and Melissa Bewick began planning the Bee Me Kidz program. Combining their own experiences with programs for underprivileged children with a study of other existing programs, they analyzed what worked and what didn’t work as well as it could. Based on the best practices uncovered in this research, the beginnings of Bee Me Kidz were born.

From the outset, the goal was set that Bee Me Kidz would be unlike any other program of its kind. It would be based on a combination of heart and science – a sincere passion for helping children married with a desire to measure the program’s ability to improve the lives of the participating kids and families.

Bee Me Kidz opened its doors for the first time on September 20, 2014 at the Nick Nicolle Community Centre in Saint John’s North End with 28 grade one and grade two aged children and 20 parents attending. Kids and parents seemed to sense from the beginning that Bee Me Kidz was something different, and word spread in the community. Soon the numbers began to swell as new kids and families heard about the program.

The success of Bee Me Kidz grew steadily and on January 24, 2015, a second location opened at St. John the Baptist/King Edward School in the South End. In 2016, our third and fourth locations opened at Beaconsfield School and Glen Falls School. Unfortunately, in 2018, we had to close two locations: St. John the Baptist/King Edward School and Beaconsfield School. This was due to an unexpected cut in our funding. This required Bee Me Kidz to look for outside funding to help sustain the program.

In keeping with the goal of measuring the program’s success, an independent program evaluation was carried out by the University of New Brunswick- Institute for Research, Data and training. A few of the buzzworthy results included:

Feedback from the Parents’ Group and schools has also been extremely favorable.

Bee Me Kidz will continue to evolve and improve as we learn from our results and listen to the valuable input of our kids, their parents/guardians, our staff and schools/teachers. The one thing that will never change is our passionate belief that all children have much to offer the world if given the opportunity and skills to learn and thrive.